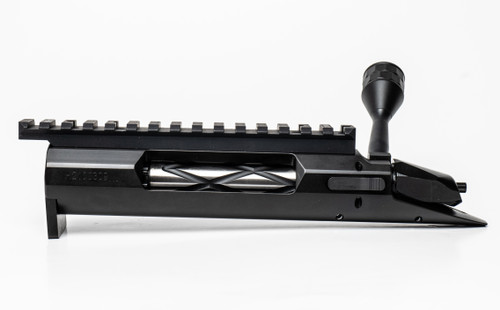 The BR action is a short action single shot with a left side loading port and right side eject. Available in right hand only.

As with all Kauger Arms competition actions, it is fully nitrided and uses our extremely smooth competition bolt.