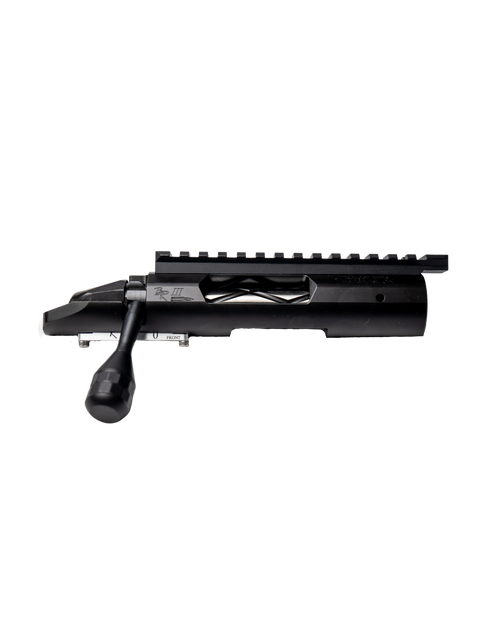 The BR III action is the newest addition to our action line up. Made to fit more "traditional style" bench rest stocks, such as Wheeler Accuracy,  the BR III eliminates the recoil lug which extends tenon threads and includes the "XP cut" or "bedding notch" on the bottom of the receiver. It also features a thicker tang for stock butting. For other specs and features, see below.